We provide kitchen remodels in the greater Harrisburg area, including the counties of Dauphin, Perry, Cumberland, York, Lancaster, Adams, and Franklin. 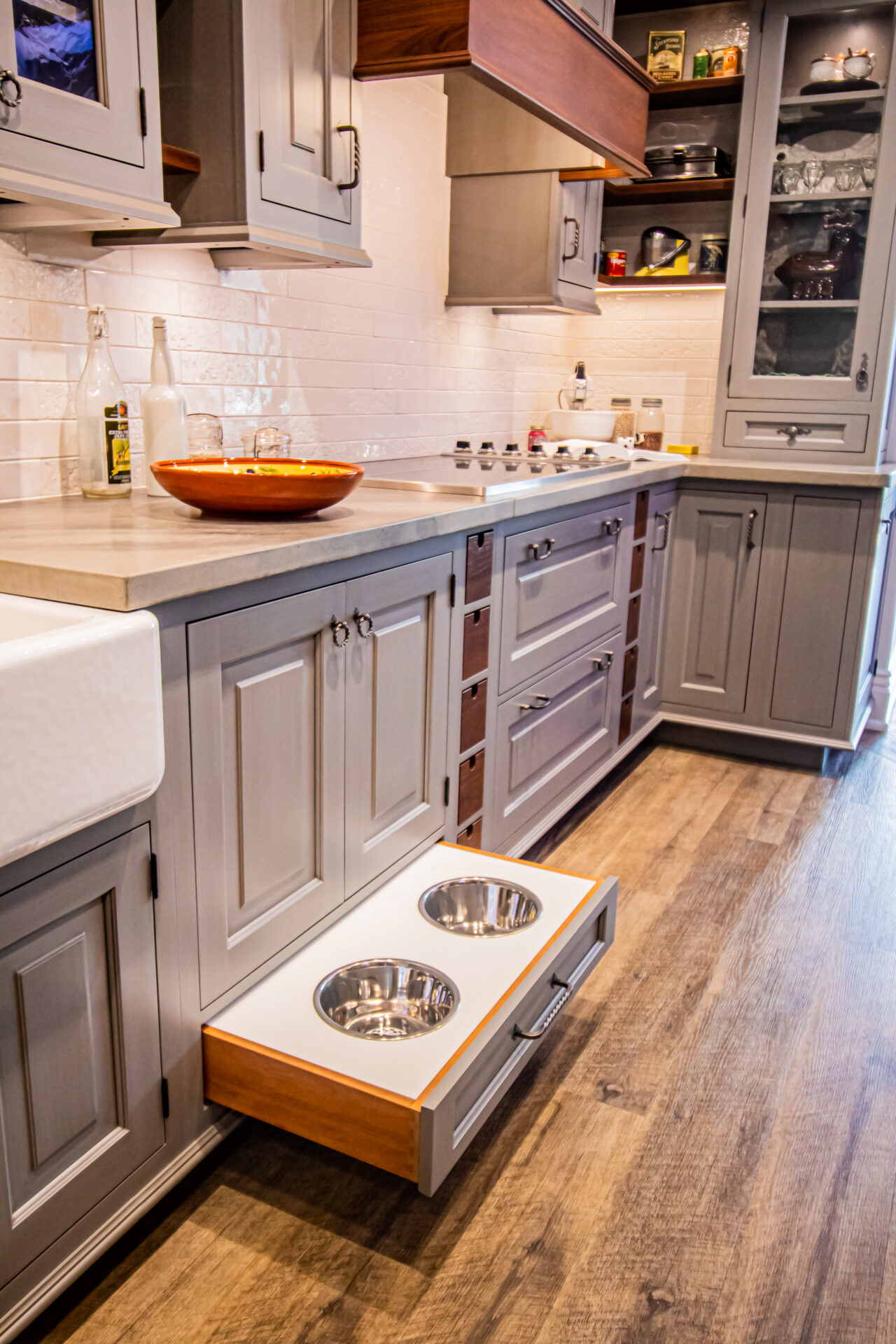 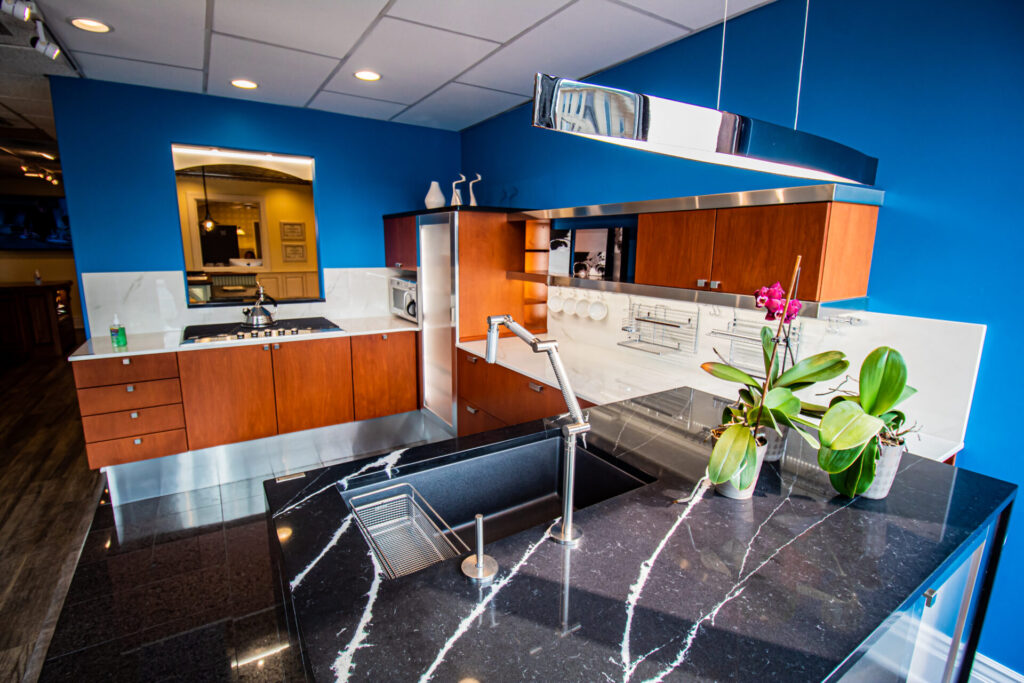 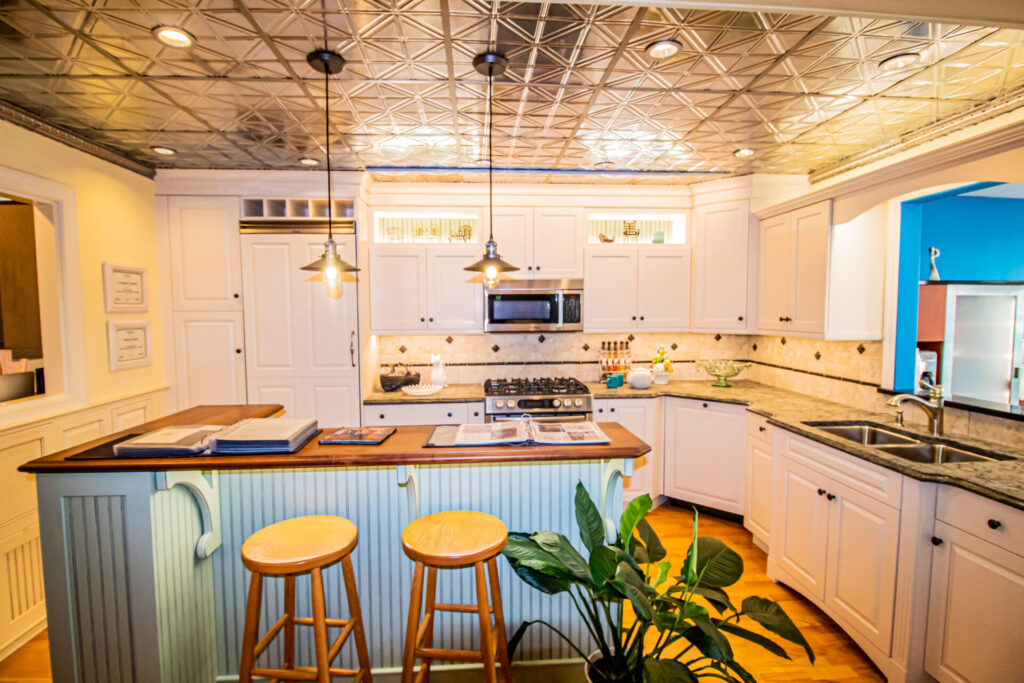 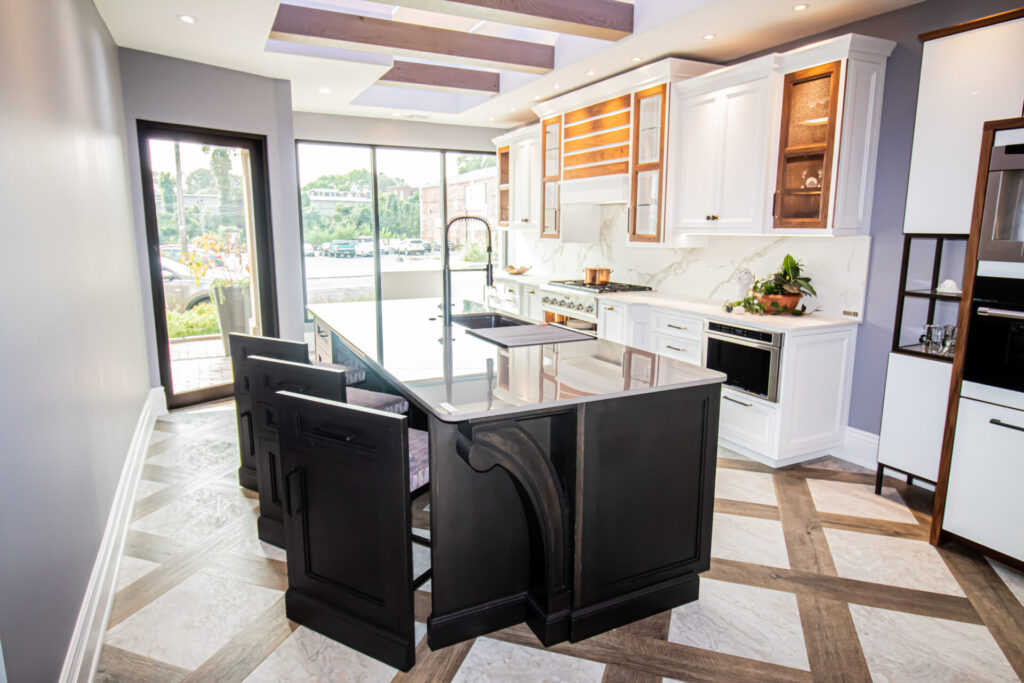 January 2019 brought new ownership and the new name of Manor House Studio to a longtime Lemoyne, PA, business. The new owners had two kitchens remodels designed by Ed Lank Kitchens. It was the staff and the Wood-Mode cabinets that inspired Robert and Amanda Hasemeier to carry on the Wood-Mode dealership and kitchen remodel in the Ed Lank building on Market Street in Lemoyne, PA.

What We Have to Offer

Cabinets for the kitchen and other rooms

Manor House Studio owners and staff are devoted to creating exceptional kitchen remodel projects for the Harrisburg, PA, area. But our remodeling capabilities are not limited to just kitchens. Imagine office spaces, entertainment areas, baths, and even window seat units.

Contact any of the team members directly, or call our Lemoyne showroom to chat and make an appointment. Appointments can be made at the convenience of the customer if showroom hours do not fit with customer schedules. 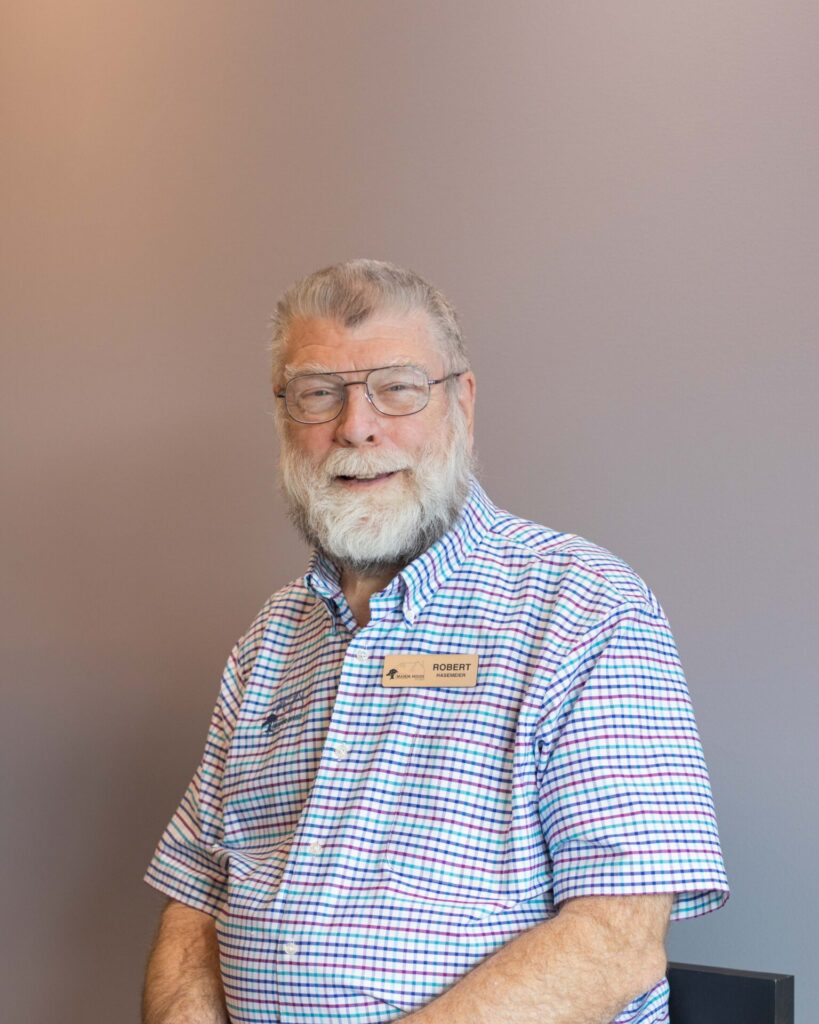 Robert is a civil and environmental engineer who has overseen millions of dollars of construction over his 40+ year career and has a reputation of getting projects completed. Robert is fond of informing people that some of his best work is covered and out of sight, since he has installed several miles of underground utilities. His construction experience has also included construction of 354 homes in the copper mining town of Bagdad, AZ (there are several stories to share about this if you care to listen). Together with his spouse, Amanda, he has installed 3 kitchens (and more for others) and remodeled 2 very old homes. Robert is the left brain for the couple’s endeavors and can quickly assess construction issues. He has a pragmatic eye for details and value added and can easily generate ideas and visualize the process to reach an end goal. His role at Manor House Studio is to ensure resources are available to the staff, and clients.

As a youngster in Weston, MO, Robert and his 2 younger brothers helped with family kitchen chores of cooking, canning, dishwashing, and gardening. He also helped the next door elderly neighbors, John and Nellie Carpenter, who had no running water indoors and a wood stove in the kitchen. John taught Robert how to sharpen handsaws, knives, and chisels. Robert’s maternal grandfather would later help improve those skills during his teenage years. His grandfather worked in carpentry during the second and third decades of the 20th century and shared his knowledge with Robert in the days prior to cordless tools.

Robert is no stranger to the kitchen, as he and his three brothers were all required to participate in all of the household chores, including cooking. Robert and his brothers all became good cooks (but Amanda is a great cook) due to canning, fish and small game preparation, meal budgets and planning, and various other kitchen duties. Robert is the only one who did not work for a commercial kitchen during his college years, but he has worked in the church kitchen for almost three decades, preparing pizza and a variety of other foods for the bingo patrons.

Robert and Amanda are always working on some project, visiting cherished family and friends and pursuing a retirement business of Manor House Studio. Robert is all about quality and safety, which is why he is enthused about the Wood-Mode and Brookhaven cabinets. He has worked with other cabinets, seen the quality difference and has repaired his share of cabinets from various remodeling projects with friends.

Get to know more about each of our team members! 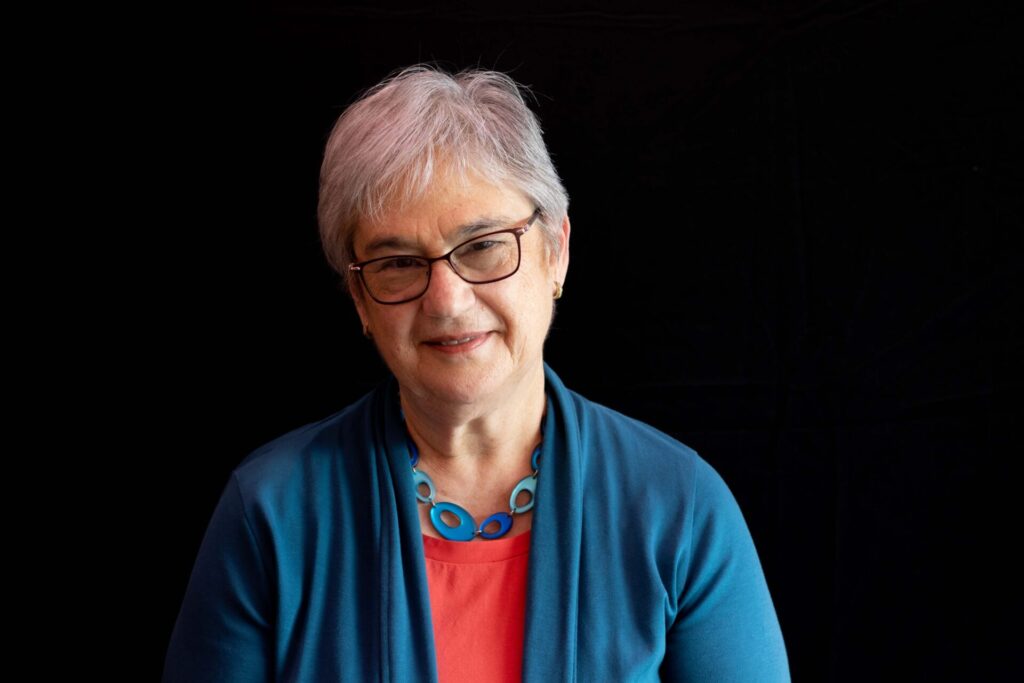 Amanda is an accomplished cook (she learned some interesting kitchen techniques while studying in Florence, Italy during a semester in college and growing up in Central and South American countries), and when 3 children arrived on the scene, she had a home confectionary business in their inspected home kitchen in Utica, NY.  She likes the lasting beauty and durability of Wood-Mode cabinets, but she does not give up on the function or charm of the kitchen (see photo of Amanda with her new cook top). Amanda is a now a retired geographic information system (GIS) specialist. Together with Robert, she has assisted friends and family over the years in developing beautiful and functional living spaces, including their own home remodeling projects ongoing for over 40 years of marriage. She frequently overrules the left-brained Robert on decorating choices, as his engineering preferences come forward. Amanda worked with Philip to upgrade the showroom displays at 313 Market Street in Lemoyne, PA as Manor House Studio took off as a new business. Starting Manor House Studio was a great post-retirement endeavor for Robert and Amanda, as they completed their own kitchen remodel.

They share many kitchen duties at home and cooperate with shopping (Robert is really into the hunter-gatherer duties at grocery stores), canning, hosting special dinners, and covering other kitchen and family events. They can count some of their dinner guests numbering well into the twenties for the special gatherings that occur throughout the year. They are ready to let the next generation take over the role of host (and they are doing a great job so far), but Amanda regularly fields culinary questions from their children.

Amanda’s father worked for the Agency for International Development (AID) and his position required hosting dinner parties and other gatherings at all of the posts where the family was stationed. Growing up, Amanda learned a variety of kitchen and cooking activities that we take for granted in the U.S. helping her mom in the kitchen. Robert likes to repeat the story of making mayonnaise, since this food condiment was not readily available during the time Amanda lived in these Latin countries. Her mom figured out how to make it fresh and it turned out pretty good.  She subscribed to Gourmet magazine and made some wonderful dishes serving to party guests.  Those parties were the talk of the town. Amanda apprenticed well, and during their first Christmas together living in Arizona, Amanda taught Robert how to temper and work with real chocolate.

A word to the homemaker about kitchens. Amanda has had her share of discussions with Robert about kitchen remodeling and needs for the home. The photo on the left illustrates their recent kitchen remodel and small addition prior to cabinet installation. The kitchen is part of the family nest especially now that they enter the retirement phase from regular jobs.  Amanda is quick to point out the cost of a shiny new truck when the kitchen needs some work or appliances require  an upgrade. Therefore, she has employed logic with Robert to demonstrate the need for beautiful and functional kitchen space. She has articulated Robert’s left-brain thoughts to others on how the kitchen remodel will help family life and allow enjoyment for all who enter the home. She has learned to make the case to Robert for quality as a long-term investment. 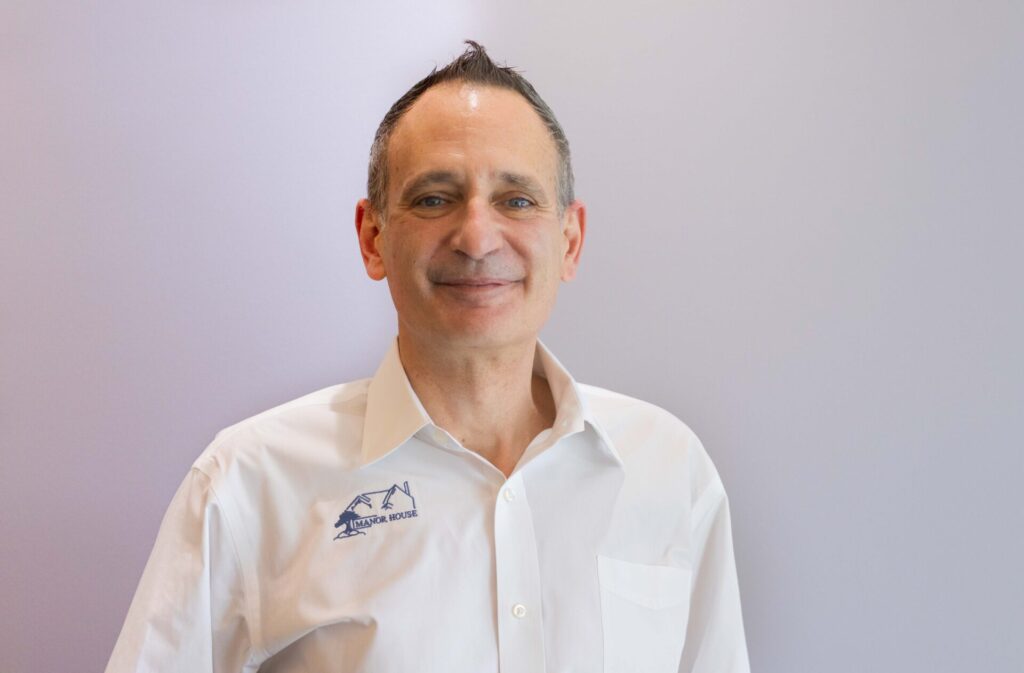 Philip was hired by Ed Lank in 1985 and had worked as an installer prior to doing design work. When Philip was in first grade, his grandfather built him a workbench full of sharp hand tools for Christmas, and Philip has never stopped exploring his creativity. He has experienced all aspects of kitchen and bath design, remodeling, sales and installations. As an installer from 1985-2007, Philip’s skills include cabinet installation, finished trim carpentry, counter top manufacturing and fabricating, structural modifications, ventilation installations, residential electrical work, residential plumbing, appliance installations, drywall finishing, ceramic tile installations, various flooring installations, painting, staining, window and door installations.

During his years as an installer, Philip wanted to expand his knowledge, so he shadowed his mentors, the late Ed Lank and Roland Stock, to learn kitchen design and sales on evenings and weekends while maintaining a full-time kitchen installation schedule. He invested a lot of hard work, but it was time well spent. In 2007, he became a full-time kitchen and bath designer for Ed Lank Kitchens and has worked on hundreds of projects throughout South Central Pennsylvania (see map with pins locating Ed Lank jobs). Philip is now the senior designer at Manor House Studio in Lemoyne, PA.

Learn more about our team! 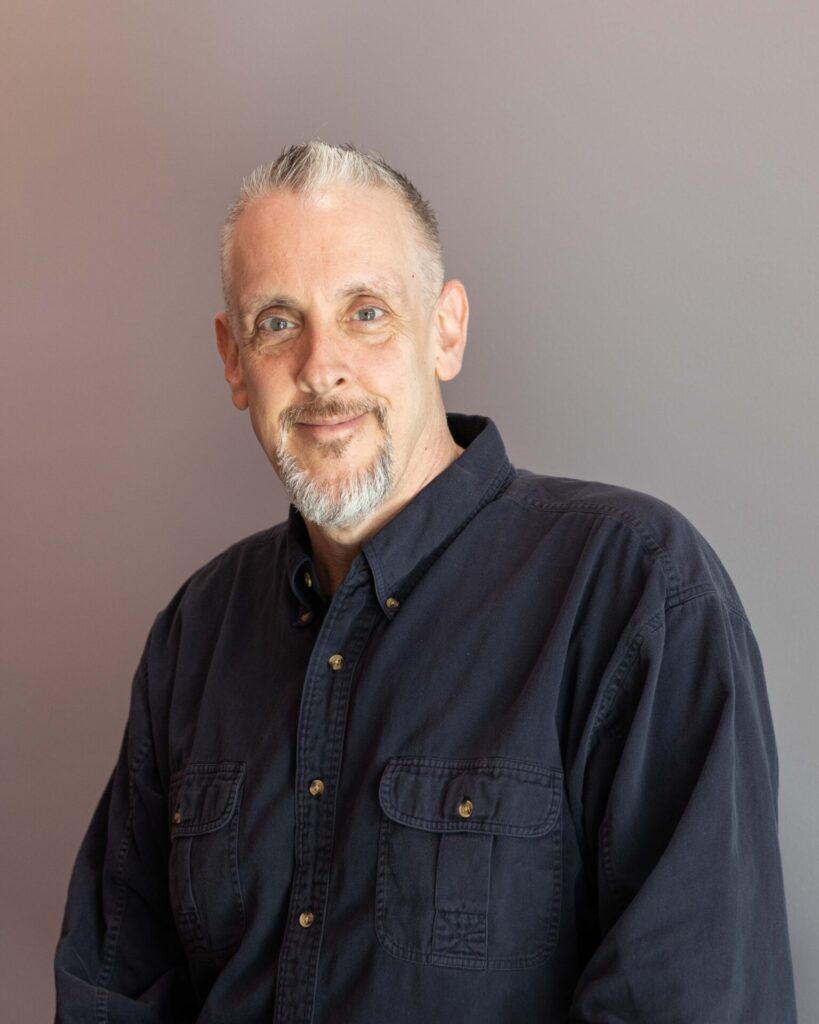 Steve has 30 years of experience in residential contracting, specializing in high-end quality homes. He is precision oriented with an eye for details. These traits not only allow him to confidently execute the management of projects, but they also give him the ability to expect those same qualities out of his crew. Steve understands the process required to schedule and complete projects that meet, and in many cases, exceed customer needs and requests.

Because Steve has done the work involved in building high-end homes, he is aware of the effort necessary to deliver exceptional customer service, and satisfaction is the greatest part of his job.

Steve has also been a professional musician and electrician throughout his career. Philip remembers reporting to Steve as he managed projects for a prestigious local builder before they worked together running Manor House Studio. The photo on the left is Steve showing off his completed archway that he built.

Steve attends to all the details of scheduling contractors and coordinating delivery of materials for your cabinet projects or kitchen remodels. He is responsible for ensuring the homeowner’s satisfaction of the entire kitchen installation. Steve’s mission is to ensure the finished product is up to Manor House Studio’s highest standards and is known to say, “If you’re not happy, I’m not happy.”

Get to know our other team members! Patti began her professional residential interior design career 30 years ago with a local custom home builder and high-end custom cabinetry company. Thanks to her extensive experience, she understands whole house planning, including renovations, additions, and custom cabinetry for all areas of a home. Cabinetry designs also include entertainment centers, antique reproduction, and all types of furniture. Patti would love the opportunity to work for you!

She recently came back to work for Manor House Studio because she loves Wood-Mode cabinetry. “They are very design-friendly and have so many avenues to create the most distinctive interior for you and your home. I look forward to taking you through the creative process, using your own ideas and tastes to transform your space so that it reflects who you are.”

With more than 30 years of experience, Patti is sure your new kitchen or bath has function, flow, and form: the most basic but important elements of design.

She has completed projects for clients in many locations, including New York, Pennsylvania, Maryland, Florida, California, and London, England. She participated in a site construction project for a secondary school in Churo, Kenya, and designed and built a playground for The Family Village Farm an orphanage in Tamil Nadu, India. Patti is now the interior designer at Manor House Studio in Lemoyne, PA.

Learn more about our team!

Stop By Our Showroom 10 Decisions to Consider Before a Kitchen Remodel

Choices and more choices. For some people, it’s a fun opportunity; for others, a stressful chore. Given the cost of... 1. Counter Top Selections  A traditional laminate (Formica) counter top may be worth considering. Laminate counter tops traditionally cost half the... The decision to remodel a kitchen is not a spur of the moment epiphany. Most of Manor House Studio clients...

Our Memberships and Partners